Your comments are encouraged. –Bruce

What is light? Is that the key question?

In 2016 there was a brief focus on a research project out of the University of Dublin, Trinity Dublin College (TCD) , Centre for Research on Advanced Nanostructures and Nanodevices (CRANN) where three scholar-scientists concurred on the following statement:

Within all forms of light, the angular momentum is a multiple of Planck’s constant and an unexpected half-integer total angular momentum can arise for light. The title of one TCD press release was:  “Physicists discover a new form of light.”

John P. Ralston (University of Kansas) has been on a mission for several years. He says that Planck’s constant cannot be observed in quantum theory and that it is entirely a construct of human history and convention. Though there are contradictions and paradoxes when Planck’s constant is eliminated, Ralston says, “The end result is a simpler and cleaner vision of what quantum mechanics and quantum field theory really involve.” He appeals to commonsense. The Newtonian conception of mass is constrained by quantum field theory so he avoids Newtonian conception of mass and eliminates redundant holdovers so he can re-calibrate the electron mass (with a relative error 67 times smaller than before).

Without Newton, Ralston claims, “The fundamental unit of electric charge is determined more than 100 times more accurately than the current determination of the international committees.”

Endpoint Model of Exclusive Processes:  The endpoint model explains the scaling laws observed in exclusive hadronic reactions at large momentum transfer in all experimentally important regimes. The model, originally conceived by Feynman and others, assumes a single valence quark …

“Our work is the first to show such behaviour for photons, and suggests that other aspects of this physics might be possible with light. Quantum optics gives the ability to transmit quantum information over large distances and process it at very high speeds. We have identified a new form of a familiar property, optical angular momentum, that may prove useful in such developments, and gives a new twist in our understanding of light. ”

Eastham began his work with Bose-Einstein Condensates. Using a restricted symmetry leads to a new form of total angular momentum, which has a half-integer of the fermionic …”   What’s it have to do with light?

Do yourt have a visceral understanding of the Planck Constant?

The Planck Constant. It is a very special number developed by Max Planck in 1899. Planck was Germany’s Einstein before Einstein. In 1905 he was a highly-respected professor who actually encouraged Albert Einstein and the publication of his five seminal articles in scientific journal, Annalen der Physik. At that time, the Annalen was the world’s foremost journal of physics and it commands deep respect even to this day.

“…it has recently been shown that independent spin and orbital angular momenta can be defined beyond this limit (19, 34, 35).

What kind of light is it? Is it visible? Is it really light? Let’s explore some of their statements.

Wave–particle duality  The absorbed energy of the EM waves is called a photon, and represents the quanta of light.

Back in 2012, I was told to pay attention to the reduced Planck constant — I’m trying —  but now this was something totally new. They affirm Max Planck’s definition of the Planck Constant in that it sets the scale of quantum effects. Then they go on to explain how their new form of light is defined such that the angular momentum of a photon takes only half of this value.

Using Microsoft’s search engine, I just binged “the Planck Constant sets the scale of quantum effects” and it returned many documents to explore. I am trying to minimize my use of Google just to be sure they can cite among their competition another company that was also hounded for its ruthless successes in the marketplace, of course, Microsoft. 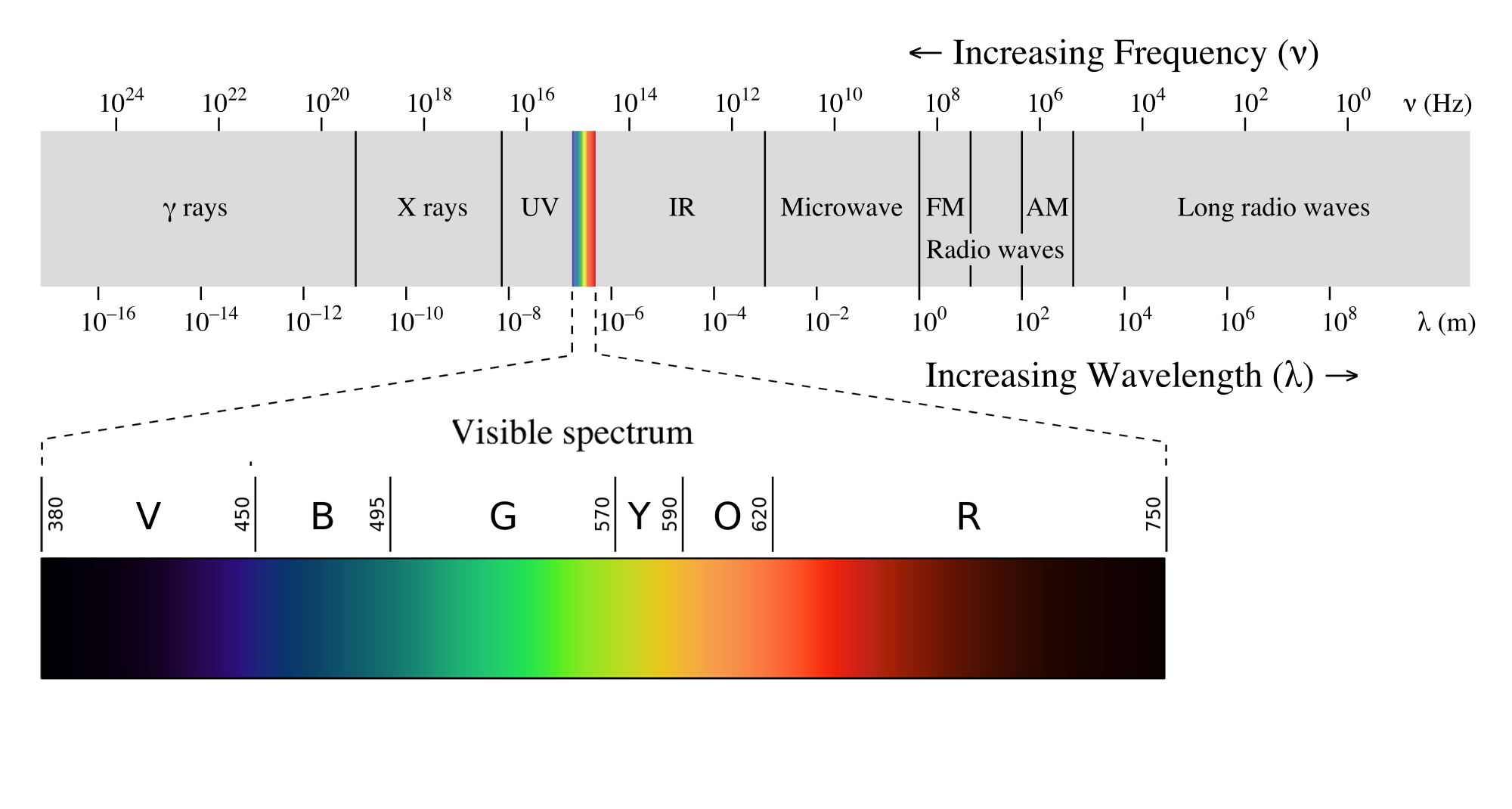 In physics, the term light sometimes refers to electromagnetic radiation of any wavelength

What is light? Who over the years has defined it most incisively? What more can we  learn about it?  Typically referring to visible light, the spectrum from 400-to-700 nanometers.

Infrared in relation to electromagnetic spectrum