Harmony and our universe* 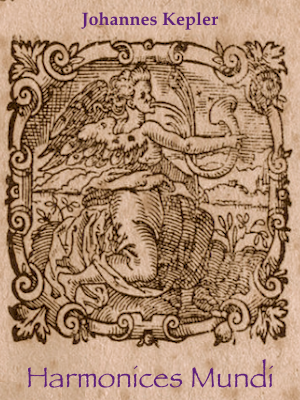 Hypothesis:  The first doubling and every subsequent doubling creates a 1:2 harmonic frequency between each and every step in the expansion of the universe.

Yet, the starting point is within the first sphere, a harmony observed within the Fourier transform. An introduction by Jason Yust of Boston University says, “Each Fourier component measures an independent musical quality: (1).chromaticism, (2).quartal harmony, (3).triadic harmony, (4).octatonicism, (5).diatonicism, (6).whole-tone balance.”1

History. In 1621 Johannes Kepler wrote  Harmonices Mundi.  Today that study would naturally evolve to become the Harmonies of the Universe. All the studies and definitions over the centuries within mathematics, music and physics would necessarily be incorporated. Each is a perfect analogue to other functionalities that define everything, everywhere, throughout all time and beyond. Although the primary frequency is 1:2, others will also be explored, i.e. 1:3, 1:4, 1:5, 1:6, 1:7, 1:8, and 1:9. Each has its own standing wave pattern and there would appear to be a seemingly endless number of possible interacting symmetries to create unique moments within a time measure within its notation.

In this model music theory has an axiomatic foundation within mathematics, ontology, epistemology, and even physical cosmology.

To get to work, we will continue exploring the inside of the circle and sphere, following every possible motion, especially within the constant flow of the never-ending, never-repeating numbers. We shall explore how this flow of numbers could become the spark that creates Planck charge.  There are other primary actions to analyze that use four, five or six tetrahedrons bound around a common centerpoint. Four are known as the amplituhedron. Five we call the pentastar. And, six are seen as the base of the hexagonal plates within the octahedron.  Taken together, all appear to be the infinitesimal beginnings of motion.

•  We always begin with the Planck base units. If the  67 notations are taken as a given, string theory gets a simplification tool by which automorphics, the Langlands programs, scalar field theory, loop quantum cosmology (LQC) may be more systemically integrated. We will begin by studying the first ten doublings. Each has a measurement of time, length, charge and mass, and scaling vertices, so we may further impute possible geometries within each notation.

•  Some of the experts whose work we will continue to consider include:  Arkani-Hamed and his analysis of the finite-infinite, Edward Witten and his understanding of quantum field theories as well as consciousness, Denis Weaire with his bubbles and foams… There is more to come.

•  Dynamic ratios, uniquely within each notation, appear to work to structure our universe. We first began by exploring the workings of just numbers, then symmetries, and now the two working together throughout a moment in time. And, within this study we hope understand how its is that every notation is always active.

It could be said…

Every heartbeat, every cellular division is a statement about harmony. It could be said that everything you say and do is encoded within the fabric of the universe.  More…

This is a unique story about life.

Let us all try to pick up where Johannes Kepler left off! To have a bit of perspective, we would do well to learn a little more about him and his many predecessors. A page will be developed with Plato, Ptolemy and even lesser knowns.

Get your “UniverseView” chops up.

Changing our understanding of, and orientation to space and time, the finite-infinite, and just 202 notations, is not going to be easy. This site will struggle with you as long as there is a web and air to breathe.  Some have asked, “Why haven’t we seen this model until now?“

* Harmony: The third face of the infinite.

Of the many faces of harmony, we focus on harmonies in mathematics,  harmony in music, and harmony in physics.

The first article is about Continuity, followed by Symmetry. Our next article will focus on hypostatic structure. A preliminary article about hypostatics was written in April 2017.

Harmony is a first principle of this project. All those symmetries that bind everything, now begin their movements across all time (within just the 202 notations) from the structure of the first moment to the structure of the current time, today, right now. Explanation: Symmetries interact with other symmetries within each notation and across notations. The old concepts related to the harmony of the spheres take on new meaning. By adding the continuity equations defined by Planck Time, symmetries have more than a form; they have a function that moves within a notation and throughout the notations, creating a momentary perfection or perfected state within space-time. Also, we begin to understand the very natural antithesis, chaos and indeterminacy, especially by looking at the most basic structures with the first 60 or so notations…

[1] Fourier Transform and Harmony.  A lecture in October 2015 by by Jason Yust of Boston University, the formal title is The Fourier Transform and a Theory of Harmony for the Twentieth Century, is an introduction to those who have followed up Kepler as musicians. To open the PDF for this lecture, click here. To learn more about the author, click here. There are many musicians and music theorists who delve deeply into the essence of harmony and  their work will become a major study here. The burst of perfection within the 202nd notation, within the Now or our time and space, is best understood through music.